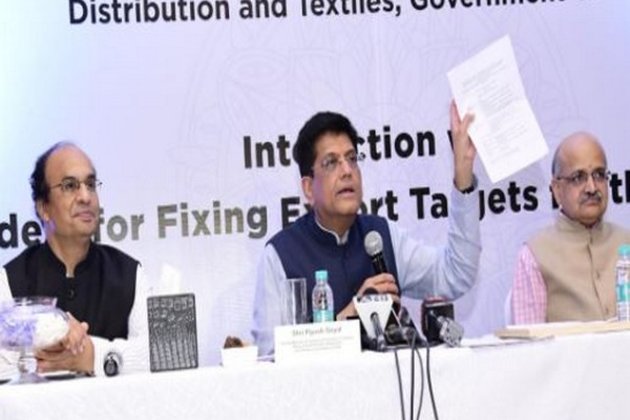 New Delhi [India], April 15 (ANI): In a major boost to the country's wheat exports prospects, Egypt, one of the world's biggest importers of wheat, has agreed to source wheat from India, said the Ministry of Commerce and Industry on Friday.

Egyptian authorities have put India as one of the origins for this strategic commodity. Meanwhile, officials from agriculture quarantine and pest risk analysis of Egypt visited various processing units, port facilities and farms in Maharashtra, Madhya Pradesh and Punjab.

The Commerce Ministry in a statement said the Egyptian delegation's visit to India follows several trade talks and meetings with the various wheat importing countries, which are exploring possibilities of sourcing grain from alternate sources as supplies have been disrupted because of the Russia and Ukraine conflict.

Egypt imported 6.1 million tonnes (mt) of wheat in 2021 and India was not part of the list of accredited countries which can export wheat to Egypt. More than 80% of Egypt's wheat imports estimated to be close to USD 2 billion in 2021 were from Russia and Ukraine.

APEDA had earlier communicated to India's exporters to register with Egypt's public procurement agency - General Authority of Supplies and Commodities, which manages wheat and sugar imports to the north African country.

India has set a target of a record 10 million tonnes of wheat in the 2022-23 amid rising global demand of the grain because of the Russia-Ukraine conflict.

According to estimates by the Directorate General of Foreign Trade, India has exported a record 7 mt of wheat in 2021-22 which is valued at $ 2.05 billion. Out of the total shipment around 50 per cent of wheat was exported to Bangladesh in the last fiscal.

Growth in wheat exports is driven mostly by the demand from countries such as Bangladesh, United Arab Emirates, Qatar, Sri Lanka, Oman and Malaysia. However, APEDA is making efforts to boost wheat exports to other countries including Yemen, Afghanistan and Indonesia. India had been a relatively marginal player in global wheat trade until 2020-21. India could export only about 0.2 mt and 2 mt of wheat in 2019-20 and 2020-21 respectively.

The commerce ministry has set up a task force on wheat exports with representatives from various ministries, including commerce, shipping and railways, and exporters under the aegis of APEDA.

"We are working with several other ministries - agriculture, railways, shipping, exporters and state governments to increase our wheat exports significantly in the current fiscal," Piyush Goyal, minister for commerce and industry, recently said.

Andhra Pradesh Maritime Board, which operates Kakinada anchorage port, mostly used for rice exports, has communicated that their facility could be used for wheat exports.