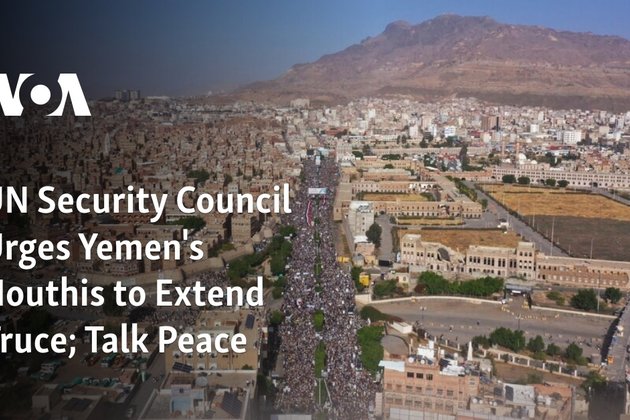 New York - U.N. Security Council members urged Yemen's Houthi rebels to renew a truce that expired in October and to engage in substantive talks to end the more than eight-year-old conflict.

'I want the parties to the conflict to not only renew the truce but - crucially - to commit to taking steps towards a comprehensive resolution of the conflict,' Hans Grundberg, the U.N. special envoy for Yemen, told a meeting of the council on Tuesday.

A two-month-long truce was originally agreed to on April 2 for the Muslim holy month of Ramadan. It led to a drop in civilian casualties and some relief in importing fuel and resuming commercial flights. The parties renewed it twice, but it expired on October 2 and the Iranian-backed Houthi rebels have not agreed to extend it.

Despite its expiration, the U.N. envoy said the past seven weeks have not seen a resumption of full-fledged war. But recent Houthi attacks on oil terminals and seaports in the southern Hadramawt and Shabwa governorates have raised concerns of a return to the wider conflict.

'Attacks on oil infrastructure and threats to oil companies undermine the welfare of the entirety of the Yemeni people,' Grundberg warned. 'They risk setting off a spiral of military and economic escalation, a pattern we have seen play out before over the course of Yemen's war.'

Last week in the Gulf of Oman, the U.S. Navy said it interdicted 170 tons of materials used as missile fuel and explosives hidden aboard a ship bound from Iran to Yemen.

US Navy: 70 Tons of Missile Fuel from Iran to Yemen Seized

'The seized fuel component was enough to enable the launch of more than a dozen medium-range ballistic missiles,' U.S. Ambassador Richard Mills told the council.

He said the Houthis' actions are not those of a group seeking peace, and he urged them to change course and negotiate in good faith.

Saudi Arabia, which leads the Arab coalition fighting the Houthis and has been subjected to Houthi drone and missile attacks, said it would not hesitate to defend itself.

'The international community should take a clear stance against the terrorist activities using ballistic missiles and drones targeting the Yemenis, the neighboring states, and commercial and oil vessels,' Saudi envoy Abdulaziz al-Wasil added.

There was also concern for Houthi restrictions on women's rights and movements in Yemen.

'This is now affecting all Yemeni women in the north, including our U.N. staff, and we need to be clear that there are no excuses for such actions,' U.N. envoy Grundberg told the council.

More than eight years of civil war have led to economic collapse and created one of the worst humanitarian situations in the world, with 17 million people not knowing where their next meal will come from.

Humanitarians face both money shortages and safety concerns in trying to assist the population. Reena Ghelani, the U.N. director of humanitarian operations, told council members that there have been more than 30 carjackings in government-held areas this year, as well as a number of kidnappings.

Five U.N. staff are still missing after being abducted in the southern Abyan governorate in February. Two others have been detained without charges by the Houthis in the capital, Sanaa, for more than a year.

Despite the challenges, the U.N. is providing humanitarian assistance to 10.5 million Yemenis each month. 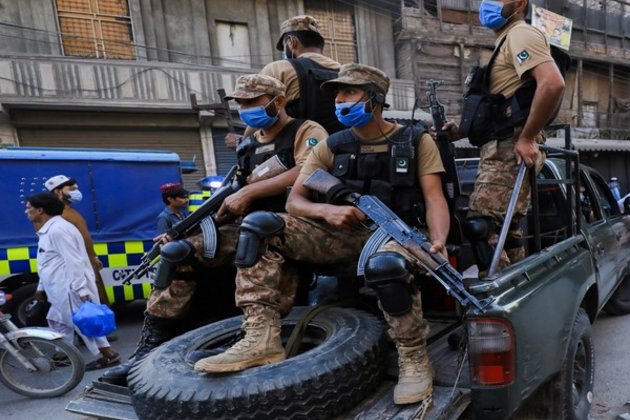