At Least 16 Arrested At Protests At Drying Lake In Iran 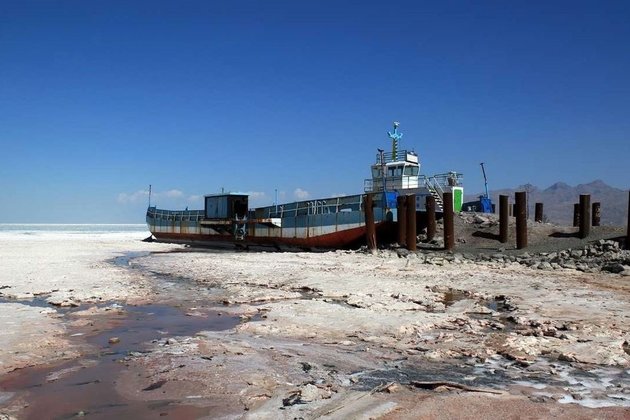 Iranian police have arrested at least 16 people after they protested over the drying up of Lake Urmia in northwest Iran on July 16.

Lake Urmia began shrinking in 1995 due to a combination of prolonged drought and the extraction of water for farming and dams, according to the UN Environment Program.

Urmia, one of the largest 'hypersaline' -- or super-salty -- lakes in the world, is located between the cities of Tabriz and Urmia, with more than 6 million people dependent on agriculture around its shores.

Rahim Jahanbakhsh, the police chief of Iran's West Azerbaijan Province, said on July 17 that several people had been arrested for disturbing security.

He described the suspects as 'many evil and hostile elements, who had no other objective than to destroy public property and disturb the security of the population,' according to the official government news agency IRNA.

Activists published the names of 16 individuals who had been detained. Reports said dozens had been summoned by the authorities.

On July 16, the Fars news agency reported that 'dozens of people in the cities of Naghadeh and Urmia had protested against the authorities' lack of attention to the drying-up of Lake Urmia.'

Fars said protesters had shouted slogans in the provincial capital of Urmia, warning the lake was shrinking.

'Lake Urmia is dying, parliament orders its killing', some shouted, Fars reported, with others calling out that 'Lake Urmia is thirsty.'

Largely arid Iran, like other nearby countries, has suffered chronic dry spells and heat waves for years, which are expected to worsen with the impacts of climate change.

In the last few months, thousands of people have demonstrated against the drying-up of rivers, particularly in central and southwestern Iran.

Lake Urmia is an important ecosystem, a key stopping point for migratory birds, and home to an endemic shrimp as well as other underwater species.

With reporting by AFP