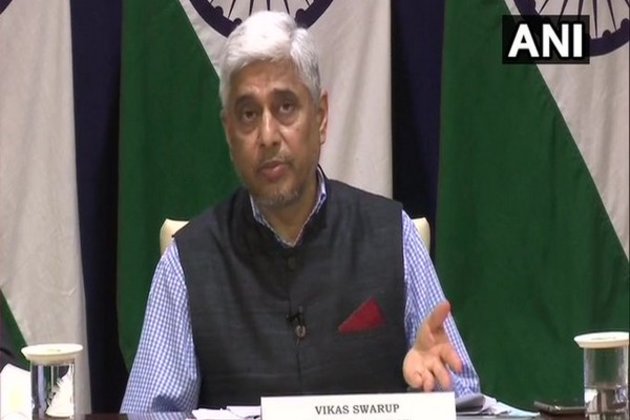 New York [US], April 8 (ANI): India on Thursday expressed support for the mine action efforts of the United Nations (UN) agencies, adding that the UN Mine Action Service's (UNMAS) mine action has remained pivotal to the safety and security of peacekeepers around the world.

Speaking at a UN Security Council open debate, Ministry of External Affairs (MEA) Secretary (West) Vikas Swarup said: "It is a matter of deep concern that terrorist groups such as Da'esh, Hayat Taharir Al Sham [HTS], Al Nusra Front, have resorted to landmines and IEDs as low cost and effective options to spread terror and threaten innocent civilians. We are also witnessing similar trend in Mali, where peacekeepers have been targeted by IEDs."He further called for that the countries should condemn and take effective action against this emerging trend and that countries affected by landmines require assistance.

Swarup further stated that India has a moratorium on the export and transfer of landmines and are committed towards reducing dependence on Anti-Personnel Mines (APMs). "We believe that the availability of militarily effective alternative technologies that are also cost-effective can help facilitate the goal of the complete elimination of APMs," he added.

He also added that under the 'India for Humanity' initiative, 13 artificial limb fitment camps have been held by India in 12 countries and over 6,500 artificial limbs have been fitted to address the concerns of persons with disabilities, including landmine survivors.

"India is a leading contributor to UN peacekeeping operations and has extended assistance towards international de-mining and rehabilitation efforts. We have also undertaken specialist training on Counter IED, bomb disposal and de-mining operations with numerous partner countries, including Australia, Cambodia, Indonesia and Uzbekistan," he further said, adding that India has also provided seven demining teams to clear landmines in northern Sri Lanka.

"We remain willing to share our best practices with member states and the United Nations with respect to IED design, development, proliferation and mitigation and stand ready to contribute towards capacity building, victim assistance and victim re-habilitation," Swarup said in his concluding remarks.

During the open debate, Swarup also congratulated Bui Thanh Son for becoming the new Foreign Minister of Vietnam and extended best wishes to him and his delegation for a successful presidency of the UNSC this month. (ANI)