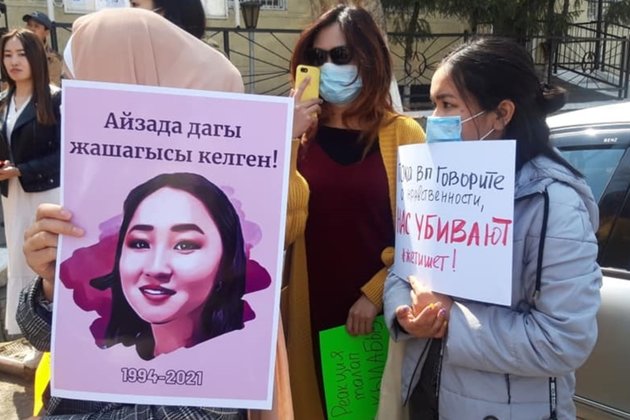 Demonstrations have broken out in Kyrgyzstan after the bodies of a young woman and her suspected abductor have been discovered after a two-day search that appears to highlight the ongoing -- but banned -- practice of 'bride kidnapping.'

One of the bodies, found in a car near a remote field in the Chui region on April 7, showed signs of strangulation and the other had knife wounds.

Authorities said they suspect a murder-suicide.

WATCH: Live stream of the protests from RFE/RL's Kyrgyz Service

Civil society groups and other Kyrgyz have responded with urgent calls for authorities and society to crack down on the persistent practice of such kidnappings.

Demonstrators assembled in several cities on April 8, including in front of the Interior Ministry in the capital, Bishkek, and outside a police station in the southern city of Osh.

In the capital, protesters are demanding the resignation of Interior Minister Ulan Niyazbekov.