With threats to women and children, Pakistani Taliban resurfaces 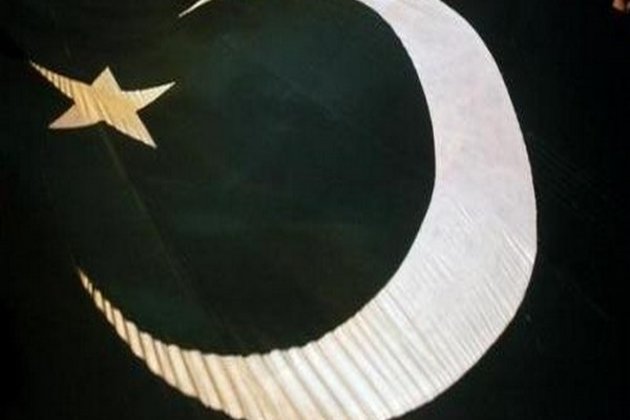 New Delhi [India], Oct 10 (ANI): Despite the Pakistani government's claim of its successes in the tribal regions, the former Federally Administered Tribal Areas (FATA) remain the prime hideout of the Tehreek-e-Taliban Pakistan (TTP) which has announced its resurgence in the area through IED blasts and warnings which directly threaten women and children.

While Operation Zarb-e-Azb in 2014 led to the decline of the terror outfit, in recent times, reports related to the TTP have resurfaced, according to Kunwar Khuldune Shahid for The Diplomat.

Shahid quoted various examples of TTP operatives who have been arrested from various populous cities in Pakistan, including Faisalabad and Gujranwala recently.

Not only has the TTP targeted checkpoints in the tribal regions with IED blasts, but it had also sent out a chilling warning in August, barring the residents in Miranshah from listening to music, demanding a ban on women stepping out without a male accomplice and a ban on polio vaccinations.

"We remind you [residents] that similar statements issued by Taliban several times in the past had fallen on deaf ears, but this time we are going to take to task those who violate the Taliban order," Shahid quoted the message issued by TTP as saying.

"There will be no use of DJs, neither inside the house nor in open fields and those ignoring the warning will be responsible for consequences," it added.

The terror outfit has also warned health workers against administering polio drops to children. This spells bad news for Pakistan which has seen a resurgence of the poliovirus, with at least 72 people being diagnosed with the infectious disease this year alone, as per local media reports.

The TTP rebound comes despite the military operations by Pakistan which have been highly criticised. The regional resentment against the military has been embodied by the Pashtun Tahaffuz Movement (PTM) -- a political party -- which sheds light on the shortcomings of the military offences and brings to the front issues which continue to plague the locals, including enforced disappearances and fake encounters by the state.

The PTM, led by Manzoor Pashteen, contested the polls held in tribal regions on July 20. Widespread claims of the polling process being influenced by Islamabad were bolstered after two PTM leaders were arrested in the run-up to the polling. According to Shahid, the arrests were "emblematic of the double-edged sword that military operations in the tribal areas present".

"Despite the reduction in terror incidents, the manner in which the military operations have been carried out in the region has invited criticism from various political leaders, activists, and others," Shahid wrote.

The writer also claimed that despite Pakistan's claims of the reduction in terror attacks in tribal regions, the fact that the military operations have led to the displacement of over a million people from the former FATA is not recognised. No action has been taken over it either.

"As the state looks to silence criticism of its military operations in the tribal areas, the TTP appears to have resurfaced in North Waziristan. Observers find a strategic connection between the TTP's return to the limelight and the state's plans for the tribal areas," Shahid wrote.

Quoting Ayesha Siddiqa, the author of 'Military Inc.: Inside Pakistan's Military Economy', Shahid pointed out that the PTM was trying to bring attention to the connection between the Pakistan military and TTP.

"There is nothing odd about [the TTP resurfacing in the tribal areas] because that's a relationship that [the] Pakistan military has always had. The PTM was constantly trying to draw attention towards this," Siddiqa wrote, as per Shahid.

"The Taliban are there because the Army has allowed it. I fear the day Americans leave the Taliban in charge of Afghanistan. Pakistan will suffer the most," she added.

"They continue to get the needed strategic support. Yes, the PTM challenged the strategic space and status of the tribal areas, and [as a result] the TTP was pushed back. [Yet] the area continues to be a space for all proxy wars like Afghanistan and in future maybe Kashmir," said tribal activist and blogger Mona Aurangzeb, according to Shahid.

"As we can see from the development in regional politics [that] the American good guys are now the Taliban. The TTP will be instrumental in future Afghan settlement too," Aurangzeb added.

A senior military personnel believes that the TTP's rise has been influenced by the Afghan Taliban, Shahid wrote.

"The TTP is targeting Pakistani Army personnel in the tribal areas. They are being bolstered by the Afghan Taliban, who want to show their power in territories on both sides of the Afghanistan-Pakistan border to influence the current negotiations with the US," he quoted a senior Army official posted in the tribal areas as saying.

"Also, the Islamist State's presence in the region is largely made up of former Pakistan Taliban splinter groups. By propping up the TTP, the Afghan Taliban want to weaken [ISIS] as well, and tell Washington that they are the only group that needs to be kept in mind while discussing the future for Afghanistan," the official also said.

The sentiment is echoed by Lieutenant-General Talat Masood, the former secretary of Pakistan's Ministry of Defense Production. According to Masood, the "TTP leadership is based in Afghanistan and enjoys the 'direct or indirect' patronage of the Afghan Taliban," Shahid further added.

"The Pakistani Taliban are enjoying support and security in Afghanistan. The TTP will increase its presence in the tribal areas -- which they are literally governing -- and will target other areas of Pakistan as well," Masood stated.

The Lieutenant-General added that it's not in the interests of Pakistan to support the Afghan Taliban.

"They shouldn't let the Afghan Taliban become a dominant presence in Afghanistan, because that will have serious ramifications for Pakistan. [The TTP's reemergence] is evidence of that," Shahid quoted Masood as saying. (ANI)