Taliban Assault On Afghan Military Base Kills At Least 12 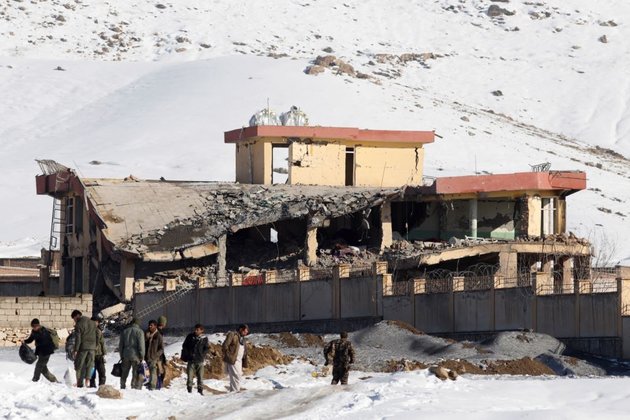 Taliban militants have carried out an assault on a military base in Afghanistan's eastern province of Maidan Wardak, killing at least 12 people and wounding more than 20 others, officials say.

Salem Asgherkhail, head of the area's public health department, said that most of those killed in the January 21 attack in the provincial capital, Maidan Shahr, were military personnel.

The assault began when a suicide bomber detonated an explosive-laden vehicle, after which three gunmen stormed the compound, igniting a firefight with Afghan security forces, official said.

All three gunmen were said to have been killed in the exchange.

An unidentified Defense Ministry official in Kabul was quoted as saying that the base housed a training center of Afghanistan's main intelligence agency, the National Directorate of Security.

The official also said that as many as 126 people were killed in the attack.

Taliban spokesman Zabihullah Mujahid said the group was behind the attack -- the latest in near-daily assaults by the militants who now hold sway over nearly half of Afghanistan.

The violence comes despite stepped-up efforts by the United States to find a negotiated end to the country's 17-year war.

Citing a source close to the talks, the Reuters news agency said that members of the Taliban's political office in Qatar were meeting with Zalmay Khalilzad, the U.S. special envoy for peace in Afghanistan.

Khalilzad ended his visit to Pakistan on January 20 after meeting with Prime Minister Imran Khan.

Efforts to negotiate a peace deal to end the fighting in Afghanistan have been beset by disagreement, with the Taliban refusing to hold direct talks with Afghan officials.