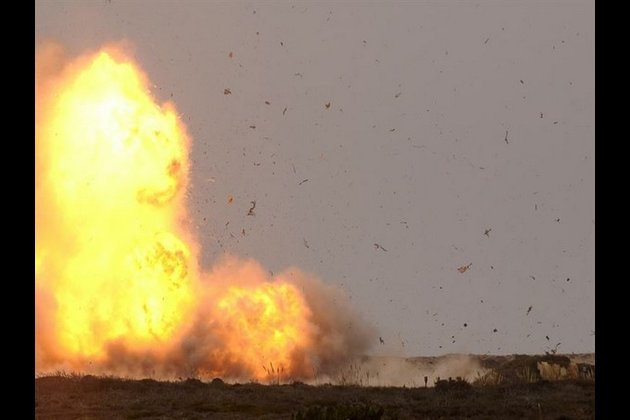 Kabul [Afghanistan], Jan 21 (ANI): At least 12 people were killed and 27 injured in a suicide car explosion that occurred near a military base in Wardak province of central Afghanistan on Monday, officials said.

The explosion occurred around 7 am (local time) at Maidan Shahr, capital of the province, close to a base where Afghan special forces are stationed, TOLO news quoted provincial governor Rahman Mangal as saying.

Three attackers were killed in the attack, while another militant detonated an explosive-laden vehicle near the base, the governor added.

Security forces also suffered casualties but the exact number is yet to be ascertained.

Later, the Taliban claimed responsibility for the attack, saying that a group of attackers had stormed the base. Local officials are however yet to confirm the group's role in the attack.

Over the past few years the Taliban routinely carried out suicide attacks in remote parts of the country, targetting both Afghan and foreign troops. (ANI)