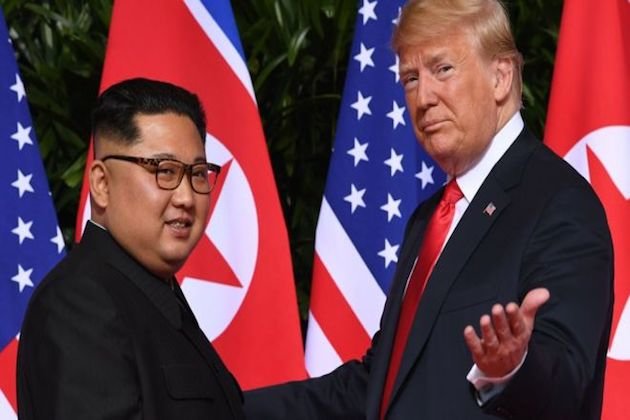 WASHINGTON DC - Following news that a second summit is planned between the leaders of the United States with North Korea, U.S. President Donald Trump on Saturday said he is "looking forward" to meeting with Kim Jong-un.

He has also taken issue with critics who say not much has happened since the last summit, a fact pointed to by Vice President Mike Pence this week, who said there had been no concrete steps taken despite the North Korean leader's commitments given at the previous summit.

"The media is not giving us credit for the tremendous progress we have made with North Korea. Think of where we were at the end of the Obama Administration compared to now. Great meeting this week with top Reps. Looking forward to meeting with Chairman Kim at end of February!" Trump posted on Twitter on Saturday.

Asked by host Chris Wallace on Fox News Sunday about the opposing views of himself and the president, Pence said there was no difference. He repeated the president's assertions that a lot has happened in the past two years, noting that Sunday was the day two years ago that he and Mr Trump were sworn into office.

The situation now, compared to two years ago, is vastly different he said. He acknowledged however that North Korea needs to take concrete steps towards denuclearization.

It is understood leading North Korean negotiator Kim Yong-chol has been meeting U.S. officials in Washington, including Secretary of State Mike Pompeo.

The venue for the second summit has been determined but has not yet been disclosed.

The first meeting between Trump and Jong-un took place in Singapore in June last year. There is speculation in Wsahington that the next summit could be held in Vietnam