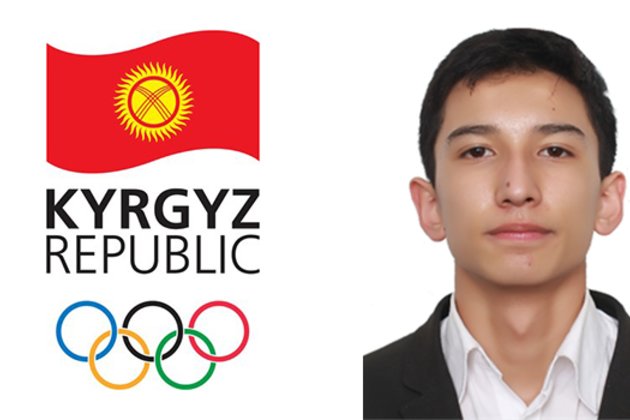 A Uyghur athlete has made Kyrgyzstan fencing history at the 2018 Summer Youth Olympic Games in Buenos Aires.

Khasan Baudunov, who represents the Central Asian nation, came away from the games with two medals -a feat never accomplished by any other Kyrgyz fencer. He took the bronze in the boys' epee, and a silver in the mixed team event, as part of one of two teams representing Asia.

Having tasted victory in Argentina, he returned home on October 21 to a hero's welcome at Manas International Airport. Among the crowd of friends and family welcoming him were officials from Kyrgyzstan's fencing federation, Olympic committee and state agency for youth, physical culture and sports.

The sword of destiny

Baudunov picked up fencing in 2014. In his Olympic profile, he says he was introduced to the sport by a friend, and when he first handled the epee he was mesmerized by the elegant weapon, and the beauty of the sport itself.

"Khasan played other sports in the past, including martial arts, but those types of sports didn't really appeal to him," his mother said in a telephone interview with RFA's Uyghur Service. "Fencing drew him in like a magnet, so I encouraged him to take it up," she said.

"Khasan's coaches called me saying that my son is extremely talented. They said that nobody in Kyrgyzstan can match his skills and he's always improving. Nobody has ever achieved what he has," she added.

RFA spoke to Oleg Nishuk, a top Russian coach who fenced in the days of the Soviet Union and now coach of the young Uyghur fencer.

"What can I say about Khasan is that in my opinion he is one of the ideal students to coach because of his consistency," he said. "I have been given such an opportunity as fate has brought me such a talented and dedicated young man," he added.

"I am very happy working with Khasan, he is every coaches' dream. He is never late for his training sessions, and he never skips his training. He is a very determined, conscientious, and a self-disciplined young man," the coach said.

Parhat Tulendybaev, a member of Kyrgyzstan's supreme council said that Baudunov is more than just a great Uyghur athlete, he is the pride of the entire country of Kyrgyzstan.

"Our son Khasan has achieved so much," he said, adding, "Kyrgyzstan is keeping a close eye on the sporting world and our champions are performing well in Asian and all-world competitions."

Despite the relatively small Uyghur population in Kyrgyzstan many of the country's athletes and celebrities in other fields are of Uyghur heritage.