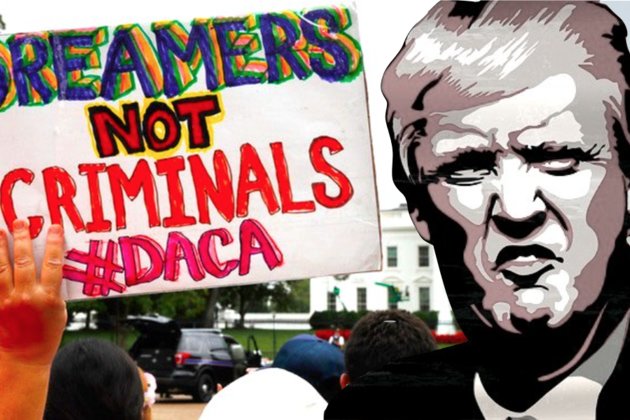 WASHINGTON, U.S. - The U.S. President Donald Trump was handed defeat by a U.S. appeals court on Thursday after the court ruled that the Trump administration must continue the Deferred Action for Childhood Arrivals (DACA) program.

On Thursday, a U.S. appeals court in California ruled that Trump's decision to rescind the DACA program is likely unlawful.

The DACA program, which was created in 2012 under former U.S. President Barack Obama, had protected nearly 800,000 young undocumented immigrants, referred to as "Dreamers," from deportation.

Under the program, they were given work permits for two-year periods, after which they must re-apply to the program.

In its ruling on Thursday, the court said that the conclusion drawn by the acting secretary of Homeland Security - that the policy was illegal and therefore not subject to the court's review - was wrong.

Judge Kim McLane Wardlaw said, "The government may not simultaneously both assert that its actions are legally compelled, based on its interpretation of the law, and avoid review of that assertion by the judicial branch, whose 'province and duty' it is to say what the law is."

The ruling came in response to a challenge from several individual DACA recipients, the University of California regents, and the states of California, Maine, Maryland and Minnesota.

Thursday's ruling represented another legal defeat for Trump over DACA.

In September 2017, Trump's administration announced plans to phase out DACA and argued that Obama exceeded his constitutional powers when he bypassed Congress and created the program.

However, Trump's move to rescind DACA has faced a number of legal challenges and even though Trump has won court victories on other parts of his hardline immigration policies, his plans on DACA have faced several defeats too.

Now, his decision on DACA is likely headed to the Supreme Court.

On Monday, Trump made an unusually aggressive move after asking the Supreme Court to preemptively rule on the Obama-era program before appeals courts could rule.