Afghans Hail Exemption of Iran Port from US Sanctions 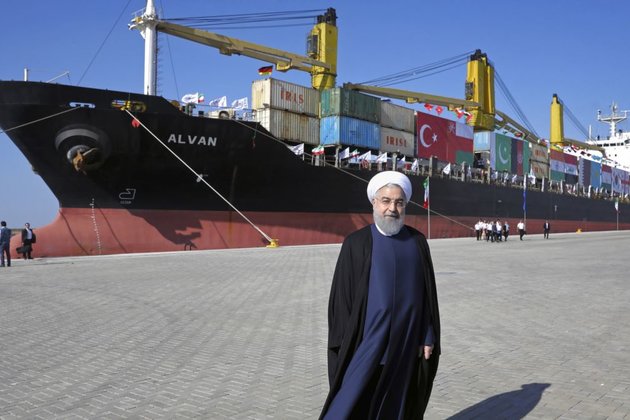 ISLAMABAD, PAKISTAN - Officials in Afghanistan have hailed a U.S. decision to exempt from anti-Iran sanctions the development of the Iranian port of Chabahar in recognition of its role to grow the Afghan economy.

The exception granted by the Trump administration on Tuesday will allow the construction of a railway line connecting the port to Afghanistan. In addition the war-shattered country will be allowed to continue importing petroleum products from Iran.

President Ashraf Ghani's engagement with the U.S. government "in the past six months in regards to Chabahar has accomplished the objective," his spokesman tweeted (@hchakhansuri) Wednesday.

Monday, Washington reimposed the sanctions on Iran's oil exports, financial, shipping and ship building sectors that had previously been lifted as part of the 2015 international nuclear deal with Tehran.

The India-led development of Chabahar port is aimed at opening a new transportation corridor for Afghanistan's international trade and reduce the country's dependence on Pakistan's land routes and sea ports.

Kabul's tense relations with Islamabad are blamed for hampering Afghan trading activity through the neighboring country.

U.S. officials argued the sanctions exception granted to Chabahar underscored Washington's support of Afghanistan's economic growth and development as well as the close partnership with India.

But the sanctions threatened New Delhi's ability to obtain funds for the development of the Iranian port. Moreover, an intensified Taliban-led insurgency also poses a major challenge for international-backed efforts aimed at stabilizing and developing Afghanistan.

Insurgents have staged fresh attacks across the country during the past few days, killing scores of Afghan security forces and overrunning important military bases in several Afghan provinces. The Taliban controls or hotly contests nearly half of Afghanistan.

U.S. backed international efforts to initiate a peace dialogue between the Afghan government and the Taliban have not produced results.